Recently I have been getting into painting my nails colours other than red or pink...Out of my comfort zone with blues and greens...I am so totally hardcore!! Right??

I picked up these beautiful shades today and applied them immediately... 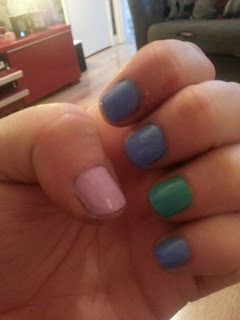 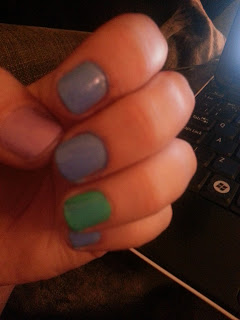 The formula of the Gelly High shine is amazing. Its glossy and goes on smoothly. Very pigmented and dries super fast. I love these polishes.

The regular formula isn't quite as nice but still good for a budget brand. Its slightly sheerer and takes a little bit longer to dry, it also isn't quite as glossy and luxe looking.

I want more of these gorgeous Gelly high shine beauties!!

Can you recommend a shade?

My all time favourite mascara is YSL Shocking Faux Clis mascara, it gives the effect of fake lashes but its over £23 and dries out pretty fast, Sometimes i cannot justify the price so I'm always looking for alternatives. Any mascara i try i compare to this queen of all mascaras. Some have come close but nothing has outshone until now...
(Warning Photo Heavy!)


I have tried the Bourjois mascara before and cannot believe i forgot how good this stuff is! If you like a heavy thick coating of mascara you will love this stuff! you can make it more natural and apply less. I love both these mascaras and will use the YSL forever, but when you're a bit cash strapped the bourjois one comes in very handy! Its a tough choice every morning choosing between these two beauts!

Have you tried these mascaras? Whats your holy grail for your lashes?

Now spring is almost here my foundation routine always changes, instead of heavy coverage to hide those rosy red cheeks and pale skin, I want natural coverage and a light layer over my sun-kissed skin.

I dabbled with BB creams and tinted moisturiser but find i always need a powder over the top and bare Minerals is fab for this.

So this Photo is Revlon BB cream quick review...I'm not a fan. It has hardly any coverage, I know this is the case with BB creams but this is practically none at all. Without a powder foundation over the top you need to have perfect skin to pull this off, and if you have perfect skin why wear this? well because this has an SPF of 30!! Which is amazing. So i think i will be using this more as a sun screen than for coverage. This is so sheer and blend-able you could easily wear a liquid foundation or a powder foundation as i have. I was slightly disappointed with the coverage so the saving factor of SPF has stopped this being a hated product!
If your after a sun screen get this if your after a BB cream with a slight coverage don't get this! 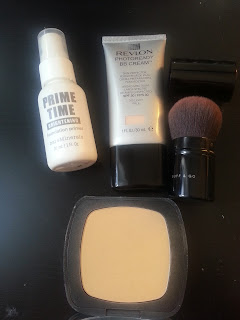 This is a review on Wild Watermelon a new to the UK shade from the now famous Revlon lip butters. 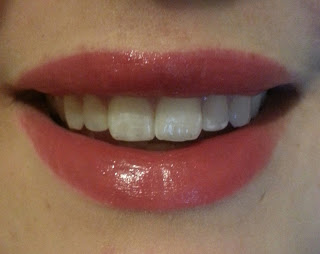 Great for girls who want a quick and effortless lippie, and don't mind re applying a bit more often. Awesome for when its a bit chilly and your lips might be chapped as this is a lipstick and balm in one.

Have you tired this?

I have a horrible cold. I cannot move from the sofa and feel so bleughhhh! So to make myself feel a little better I dragged myself up and washed and attempted to put on some make up!
Here it is: 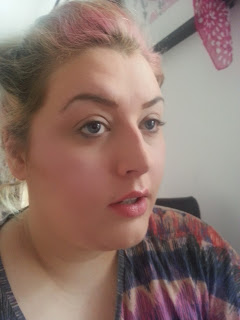 Trying to hide the Sickness!

I choose not to wear mascara because my eyes are so puffy and itchy It would be a waste.

So this is my first time using YSL foundation I was recently given a sample...first impressions are great more detailed review to come!

What do you wear on your face when your ill? Any make up tips? Have you tried YSL foundation?

Who doesn't want whiter teeth? I bet even Simon Cowel wishes his teeth were whiter (Got to Dream BIG!) I have already used a tube of this stuff and ran out and switched back to basics cheap toothpaste and i can see the difference.
I have taken some rather attractive *cough* close ups of my Teeth so we can do before and afters! 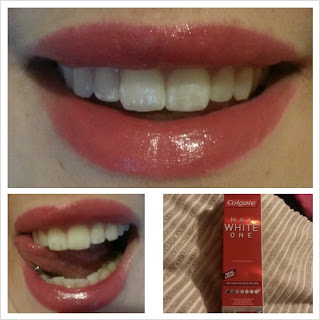 It claims to whiten teeth a shade in 7 days...does it also make you as gorgeous as Holly Willoughby?

So lets see how this stuff does...update in seven days :)

Have you tired this stuff? How white are your teeth?

How to | Make your own tinted moisturizer!

There are so many tinted moisturizer to choose from...from low end to high end. And really what they are is a foundation mixed with moisturizer...why not use what you already have and make your own!
this way you can customize it for your personal skincare and life style needs. (woohoo!) 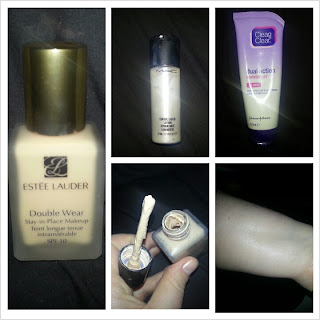 What you will need:

I chose Estee Lauder double wear...mostly because I have just re-purchased and had a bit left in the old bottle and also because it is so thick you can use less of the foundation to make a tinted moisturiser. (more value for money!)

So i had just less than a quarter of a bottle of double wear left so decided to mix the TM in the old bottle. I wanted a more luminess finish so i used MAC strobe liquid...roughly 10-15 squirts to make up around 30ml of  total product. (full foundation bottle).
And then i topped it up, until i got the desired thickness, with moisturiser. (This took a lot of moisturiser to make it as sheer as I wanted, other foundations will take less!)

This foundation works well because it is so full coverage and thick it takes a lot of moisturiser to get a more sheer base. I think it would be best to use a more matte-semi matte foundation as anything too dewy may look a tad greasy and shiny!

You can also mix a bit of moisturiser and foundation on the back of your hand if you want to try this out before you fully commit.

You also want to use a more liquid moisturiser and not a thick heavy one. I think to get value for money it would be best to use a cheaper one, I used clean and clear which is about £3 for 100 ml. It's also oil free which will mean a better and more long lasting  finish.

I think now spring has arrived...wait did you not get the memo?? *cough cough* I prefer a less full coverage face, i love using bare minerals but find i would like a bit more coverage and also not have to use a moisturiser then a primer then a sheer foundation then bare minerals...wow a lot of products! You could always turn this into a BB cream and add in some primer and even an SPF!

Cost of this product breakdown

- total Foundation used = £6.75
- total Moisturiser used =  45p
-total strobe liquid used = £1.25
(You could definitely use a cheaper liquid highlighter this was just something I don't use and needed a use for!)

I love DIY/creative products and can't believe I didn't do this sooner!

I have also been brought a NARS TM to try out so will be pitting these against each other!

Have you tried DIY makeup? whats your favorite TM?